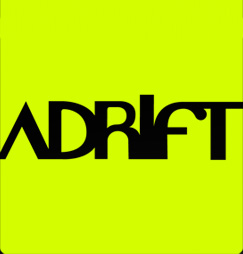 WHAT IS THIS ALL ABOUT?

The ADRIFT music project started in 2009 in Hamburg, Germany. ADRIFT’s only band member Jan Richter writes the songs, plays the instruments and does the vocals. Because of this fact it took quite some time to release the debut album disentanglement. But after 2 years of writing/arranging and another year of mixing and mastering DISENTANGLEMENT is now in Stores.
All artwork and design is made by ADRIFT, same as all videos. ADRIFT has it’s own label and is distributed by Finetunes. For further informations please contact ADRIFT contact@adrift.de
If you want to support ADRIFT’s work share, like and twitter about it. If you want to stay in touch please sign the newsletter.

THANKS TO EVERYONE WHO SUPPORTS THIS PROJECT!

The first Version of ADRIFT was founded in 2004 by Jan Richter, Martin von Loh and Axel Schmidt and later
joined by Bastian Hertel. Adrift played several gigs in Hamburg and in the north of germany and released an EP.
Adrift stopped playing as a band in 2009 not because of artistic differences but because of a lack of time.